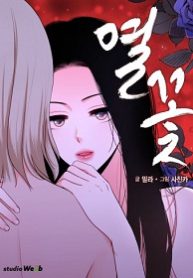 Two-faced actress Min Seohee, when will be the end of her vicious celebrity career? Popular movie actress Min Seohee, with a pretty face and excellent acting skills, that are enough to win the public’s love. Her shocking secret is that she is a lesbian with numerous love affairs! From fellow entertainers to staff members and even managers. Her agency, unable to tolerate Seohee having a relationship with another woman every night, assigns ‘Miso’, the standard of ordinary life, as her manager. On the other hand, Seohee has only known of one person who did not fall for her, and that is ‘Donggyeong’, a junior in the theater club during her pre-debut days and who now works as a film director. Reunited at a high school classmate’s funeral, Donggyeong is still dry with Seohee. Seohee, whose self-esteem is broken, takes the lead role in the film director’s independent film in order to seduce the woman she meets again.